Beijing-based transportation robotics firm Ninebot that raised $80M out of Xiaomi along with Sequoia Capital. That was as a startup back in 2015. The company has now got into the e-bike segment with the announcement of a brand new series of electric scooters and mopeds. Expected to demo at the upcoming CES 2020 technology show in Las Vegas, the lineup includes the Xiaomi Ninebot eScooter as well as the eMoped. Each of these will link into the Segway-Ninebot app for various smart features, such as a triple GPS’ anti-theft system.

The company took off not just an e-bike, but a range of models, mainly from the Ninebot C-series and E-series. The Ninebot E-Series variants are high-end variants. The E-series comes with features that are likely to create a mark on the market due to their configuration.

The Ninebot E-Series consists of the Ninebot E80C, E90, E100, E125, and E200P. These five models have several features that differentiate them from each other, ranging from their maximum speed to the size of batteries and others.

More on the Ninebot by Xiaomi

The Ninebot E-Series includes GPS positioning and remote control of the vehicle. In addition to GPS tracking, it can be controlled remotely to secure and initiate an alarm if it is lost. As far as anti-theft is concerned, the e-bike has a powerful anti-theft feature. Furthermore, an anti-theft element is built into the entire body of the electric vehicle. Officials say thieves don’t have a way to circumvent the warning system by disabling the module.

The battery is very essential to the electric vehicle. The Ninebot E80C uses a totally self-developed lead-acid battery pack with an IPX7 watertight rating. Officially configured charging and discharging systems will prolong the battery life. Ninebot claims that lead-acid batteries are less influenced by temperature, and the battery life is still reliable even in extreme weather conditions. The majority of the E-Series variants use a lithium battery of 72V/20Ah. If the machine has a malfunction on the road, an SOS signal is sent to the emergency contact provided with the exact location of the driver. If the electric motorcycle hasn’t seen usage for a long time, the user will then be prompt to charge the battery to avoid damage done by long-term lack of use.

The Ninebot E-Series comes with a Segway-Ninebot 5.0 car assistant. That can monitor essential real-time information such as vehicle speed, battery condition, and efficiency to ensure driving safety. At the press event, Ninebot also noted that the E-Series has an integrated module similar to the black box on airplanes. The module will record details such as car habits that can be recovered during repairs.

In other respects, the E-Series comes with a smart 2100 lumen headlight. The center control panel has a rotating full-screen configuration, and there is a 22L storage compartment under the seat.

The price of the Ninebot E-series is as follows:

Ultimately, the Ninebot E200P, with more than 200 kilometers of battery life, Bosch’s 10th gen dual-channel ABS, and nitrogen hydraulic shock absorption, is priced at 16,999 yuan ($2,429). Both models offer an extended warranty of 3 years for the battery, 6 years for the engine, and a lifetime warranty for the frame.

Segway-Ninebot has announced that it will launch e-bikes for the international market at CES 2020.

Shraman is an aspiring blogger, a gadget and smartphone geek, and a motorcycle enthusiast. He dreams of starting his own motorcycle and travel blogs and tech youtube channels someday.
@http://twitter.com/ac1dgp
Previous Wi-Charge PowerPuck Announced, Charge Devices up to 30 Feet Away
Next Xiaomi’s POCO sub-brand may bring the Poco F2 in 2020 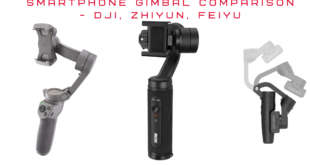 A Stabilizer or a Gimbal has always been used by professionals for photography and videography. …