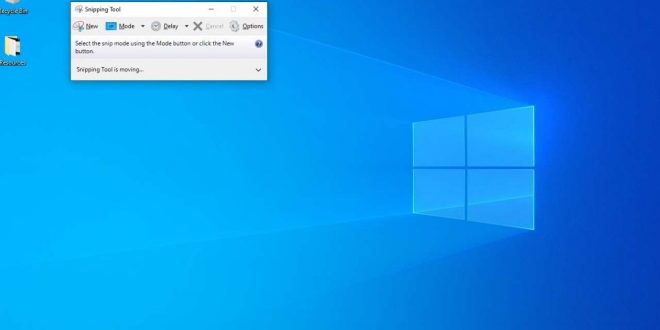 Best Way To Take a Screenshot on Windows 10 Device

Are you searching for the best way to take a screenshot on any Windows 10 device? Then you come to the correct webpage.

There are numerous methods available in Windows 10 for taking screenshots of what’s on your computer screen.

Here are the most common methods for taking a screenshot of your Windows 10 screen, whether you want to take the whole thing or a piece of it.

Taking a screenshot via Print Screen (PrtScn) is the simplest way in Windows 10.

Using the PrtScn key on your keyboard, you can capture your entire screen.

Your Clipboard will be saved with the screenshot.

You can save the screenshot in almost any program that allows you to insert images, including Microsoft Word or Paint.

A screenshot is automatically taken and saved to disk when you press Windows key + PrtScn on Windows 10.

After your screen dims, you’ll be able to take a screenshot of the entire screen, which will be saved to the Pictures >> Screenshots folder.

The Alt + PrtScn keyboard shortcut will capture only the active window you’re currently working in and copy it to the Clipboard.

Copying it into another program is the only way to save it.

With Snap & Sketch, you can easily take screenshots for Windows, customize them, annotate them or share them.

As your screen dims, a mini menu appears at the top, where you can choose between rectangular, free-form, window, and full-screen captures.

You can take a screenshot by choosing one of these Snip & Skitch options:

A preview notification will appear in the lower-right corner of your screen after you capture the screenshot, and it will be saved to your Clipboard.

You can edit the screenshot with the drawing tools of the Snip & Sketch app by clicking on the preview notification.

Windows 10, 8, 7, and Vista still allow users to use the Snipping Tool to take screenshots even though Snip & Sketch will eventually replace it.

You can find the Snipping Tool and launch it using the search bar.

By clicking the “Mode” button, you can customize your screenshot and then click the “New” button to take a screenshot.

Through the “Delay” dropdown menu, you can also time your photo for up to five seconds.

After taking it in a new window, you can annotate, save, or share your screenshot with Microsoft Outlook.

You can record and take screenshots within any Windows 10 app or game using the Game Bar.

The Game Bar can be opened by pressing the Windows Key + G.

A full-screen screenshot can be taken by clicking the camera icon on the overlay menu.

Additionally, the record button can record a video clip with audio. Click the microphone icon to include audio.

Whenever the Game Bar captures a screenshot or video clip, it is saved in the Videos > Captures folder in PNG format.

Click “Show all captures” in the Game Bar” directly beneath the screenshot button and record button.

Windows 10 requires you to hold down the Power Button and Volume Up Button together to take a screenshot.

The screenshot is saved to a folder in the Pictures > Screenshots category as soon as the screen dims.

Press the Windows logo + Volume Down Button on a Surface 3 or earlier to take a screenshot.

There are third-party screenshot tools worth considering if you’re dissatisfied with the built-in Windows tools. Each comes with additional options.

Mobile Arrival is an aspiring blogger, a gadget and smartphone geek, and a motorcycle enthusiast. He dreams of starting his own motorcycle and travel blogs and tech youtube channels someday.
Previous Step-by-Step Guide to turn on screen recording on iPhone 13 pro max /iPad
Next Best Way to Take a Screenshot on Any Device