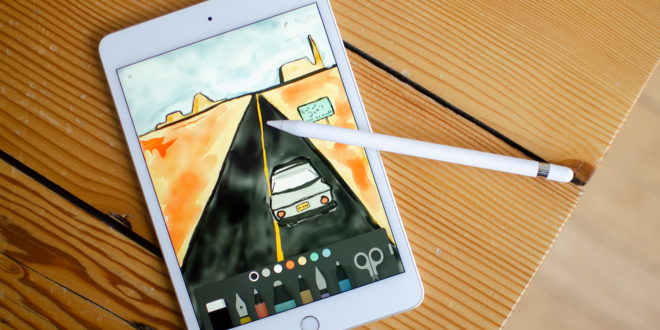 It has only been a month since the entry-level iPad received a design and performance update. That includes a slightly larger display and a smart connector for you to attach Apple’s Smart Keyboard, but is not limited to – the inclusion of Apple’s A12 Bionic chipset. That effectively makes the entry-level iPad one of the fastest smart-devices out there, and at $399, it’s damn good value. It is much faster and snappier and can outdo any of its competitors in the price segment. That is pretty much what you can say about this year’s Apple iPad mini 2019 update.

As it turns out, the new iPad is good. This entry-level iPad runs pretty much all the same apps as the costlier iPads. It’s so good that you might not even notice a change in speed or how well the app runs. The iPadOS 13 gremlins haven’t still affected this 7.9-incher (although iOS 13.1.2 still has issues with the other models).

This year’s model comes with 3GB of RAM but has the somewhat newer but older-gen A12 Bionic processor. That processor is still faster than anything you would get at that price anyway.

More about the iPad mini 2K19

If you are still not enticed by the whole nicer display or power, performance, and Face ID, then this regular iPad is the one to get. Although I do happen to think that 64GB of storage is good enough for some users, others might find it a problem. Problem is, Apple doesn’t have a 128GB option for users, with 64GB and 256GB being your only options.

The iPad still makes use of Apple’s proprietary Lightning port to charge. Then there’s the Apple Pencil that costs $99, which is on the expensive side. Speaker count remains at two, though the entry-level model gets Touch ID instead of Face ID. The cameras though look like they are from 2015 with the only 8MP at f/2.4 and a front camera sitting with 7MP at f/2.2 aperture.

But all these details are unlikely to bother any of the people who buy this tablet because all the games play perfectly fine, and webpages load just fine, although a tad bit slower. It still has a great battery life that lasts a full day on a single charge.

The new connector for the Smart keyboard is a nice addition but, yes, there’s always a but with Apple. The Smart keyboard for all its Smartness costs a pretty ridiculous $159, plus you would be hard-pressed to find a cheaper alternative that actually works properly and takes advantage of it anyway.

Apple is also providing Trade-In for your older iPads up to $335.

You will be hard-pressed to find any suitable options for a tablet this good under $500. Yes, the Air’s screen is nicer and the Pro has a Face ID, but if you were in the market for those you wouldn’t have read this far? Though at times I like to think that Apple could have done better if the segment had any meaningful competition.

So, if your old iPad is slowing down or is about to breakdown, or you’re looking to upgrade from previous models, you can upgrade to the 2019 model right away.

Mobile Arrival is an aspiring blogger, a gadget and smartphone geek, and a motorcycle enthusiast. He dreams of starting his own motorcycle and travel blogs and tech youtube channels someday.
Previous The new Apple iPhone 11 series compared
Next Redmi 8 Launch at Rs.7,999 | Worth the purchase?