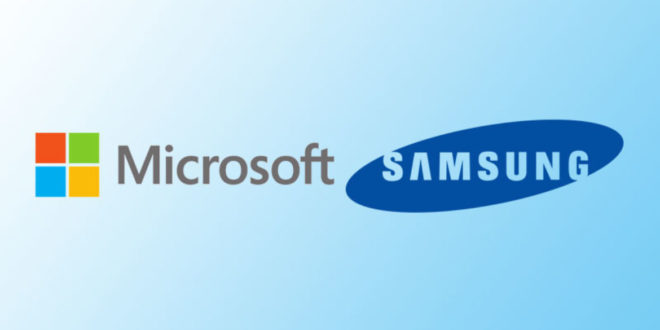 Microsoft and Samsung broadened their collaboration

Microsoft and Samsung have broadened their collaboration, ahead of Samsung’s next Unpacked event.

So, Samsung’s Unpacked event is next week in Brooklyn. But ahead of that, the Seoul-based tech giant has supposedly upgraded its collaboration with software giant Microsoft. The partnership between them is sure to cause some changes within. All the while, possibly lead Samsung to offer Microsoft Android apps pre-installed on some Galaxy smartphones. Also, the software goliath is to offer the “Your Phone” app. The app links phones with Windows 10 PCs, ZDNet reported on Friday.

Moreover, on the occasion, Microsoft is hypothesized to show how its different Office apps will deal with the coming wave of Galaxy Smartphones.

Meanwhile, Samsung hasn’t attended to the reports. But a Microsoft representative stated the business had absolutely nothing to share.

In 2011, both companies settled their patent-licensing conflict. With Samsung consenting to pay Microsoft for licensing patents upon which Android supposedly infringed. In 2013, Samsung paid $1 billion each year in patent-licensing royalties to the software giant.

Later on in 2015, both the companies “broadened their collaboration”. That meant Samsung consenting to pre-install specific Microsoft services and apps on its Android gadgets.

Shraman is an aspiring blogger, a gadget and smartphone geek, and a motorcycle enthusiast. He dreams of starting his own motorcycle and travel blogs and tech youtube channels someday.
@http://twitter.com/ac1dgp
Previous Google Pixel 4 rumored to use hand gesture control
Next Huawei Banned: Everything you need to know about