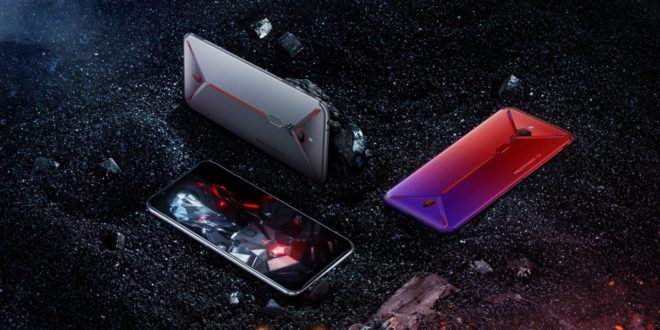 The Nubia Red Magic 3 gaming smartphone was launched in May of this year. It is already known that Nubia is planning a successor called Red Magic 3S. The company is planning to launch a new smartphone on October 16. Surprisingly, before the official launch, the Chinese smartphone manufacturer has confirmed the pricing and availability details of the Red Magic 3S for different markets.

Nubia is introducing the standard edition of Red Magic 3S at CNY 2,999 (roughly Rs. 30,000). The company has announced that the global version of Red Magic 3S with 8 GB of RAM and 128 GB of storage will be priced at $479 (approximately Rs. 34,000). This smartphone will be available in the color choices of Eclipse Black and Mecha Silver.

The higher-end model with 12GB of RAM and 256GB of storage is priced at $599 (roughly Rs. 42,600). This version has a color gradient option for Cyber Shade. The company confirmed that the handset will be launching in global markets on 16 October, including the United States, Canada, United Kingdom, Israel, Hong Kong, Japan, Singapore, Taiwan, Indonesia, Macau, and Australia. India isn’t on the list, so we’re not sure if the company is planning to launch a smartphone in India at this stage.

Along with the above-mentioned specs, other mentionable features are – a 3.5mm headphone jack and stereo speakers. The phone also sports an RGB light panel, pressure-sensitive zones, and a built-in cooling fan. The catch of the phone being a relatively inexpensive gaming phone is – No SD card slot, and no NFC is present. Then there’s always the question of updates – When and till which version of Android?

Wondering if there’s an alternative? Check out the Asus ROG Phone II.

Mobile Arrival is an aspiring blogger, a gadget and smartphone geek, and a motorcycle enthusiast. He dreams of starting his own motorcycle and travel blogs and tech youtube channels someday.
Previous Huami Amazfit GTS launched in India at INR 9,999
Next Android 10 now rolling out to Huawei Mate 20 Pro