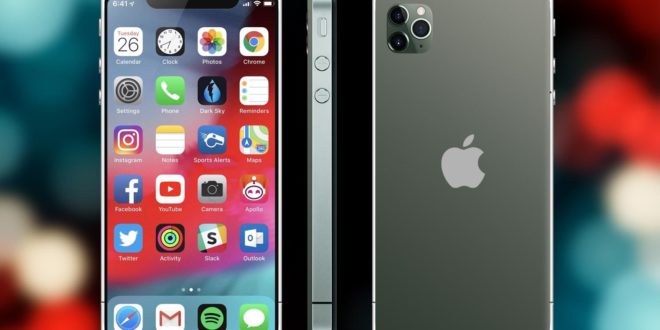 Apple didn’t significantly change the design of its phones for the last few models, although the biggest change is the camera on the iPhone 11 range. But another alteration might be on its way with the iPhone 12, this time focused on the frame.

According to the famed analyst – Ming-Chi Kuo (in a research note seen by MacRumors) Apple is expected to stick with a glass back and a metal frame. The metal frame might be altered such that it’s more like the frame used on the iPhone 4. That lets you presume flatter edges rather than rounded ones, but it goes well beyond that.

Kuo goes on to claim that the iPhone 12 will have – “a more complex segmentation design, new trenching and injection molding procedures, and sapphire or glass cover assembly to protect the trench injection molding structure.

The injection molding is to reduce the negative impact that metal can have on high-frequency transmission from the internal antenna. This lets you suggest that unlike the iPhone 4 this shouldn’t suffer any signal issues.

More expensive to buy and harder to break

The iPhone 12 should be more durable, thanks to the rumored use of sapphire of tempered glass. Although it isn’t clear whether Kuo means a cover over the frame, or whether he’s talking about the rear of the phone here.

Nevertheless, Kuo also states that the aforementioned changes could increase the cost of materials by a significant margin. The new metal frame might end up costing 50-60% more and the cover-up to 40-50% more. And though Kuo doesn’t say whether this increase will lead to a higher retail cost, it seems there’s nothing stopping Apple from doing that.

Still, if at the end of the day the result is to be a significantly different design, which coupled with 5G support – something Kuo claimed, could do well to justify the redesign.

Mobile Arrival is an aspiring blogger, a gadget and smartphone geek, and a motorcycle enthusiast. He dreams of starting his own motorcycle and travel blogs and tech youtube channels someday.
Previous OnePlus 7T vs. Asus ROG Phone II | Which one to get?
Next iOS 13.1.1 patch – Fix for Siri And Battery Life Problems